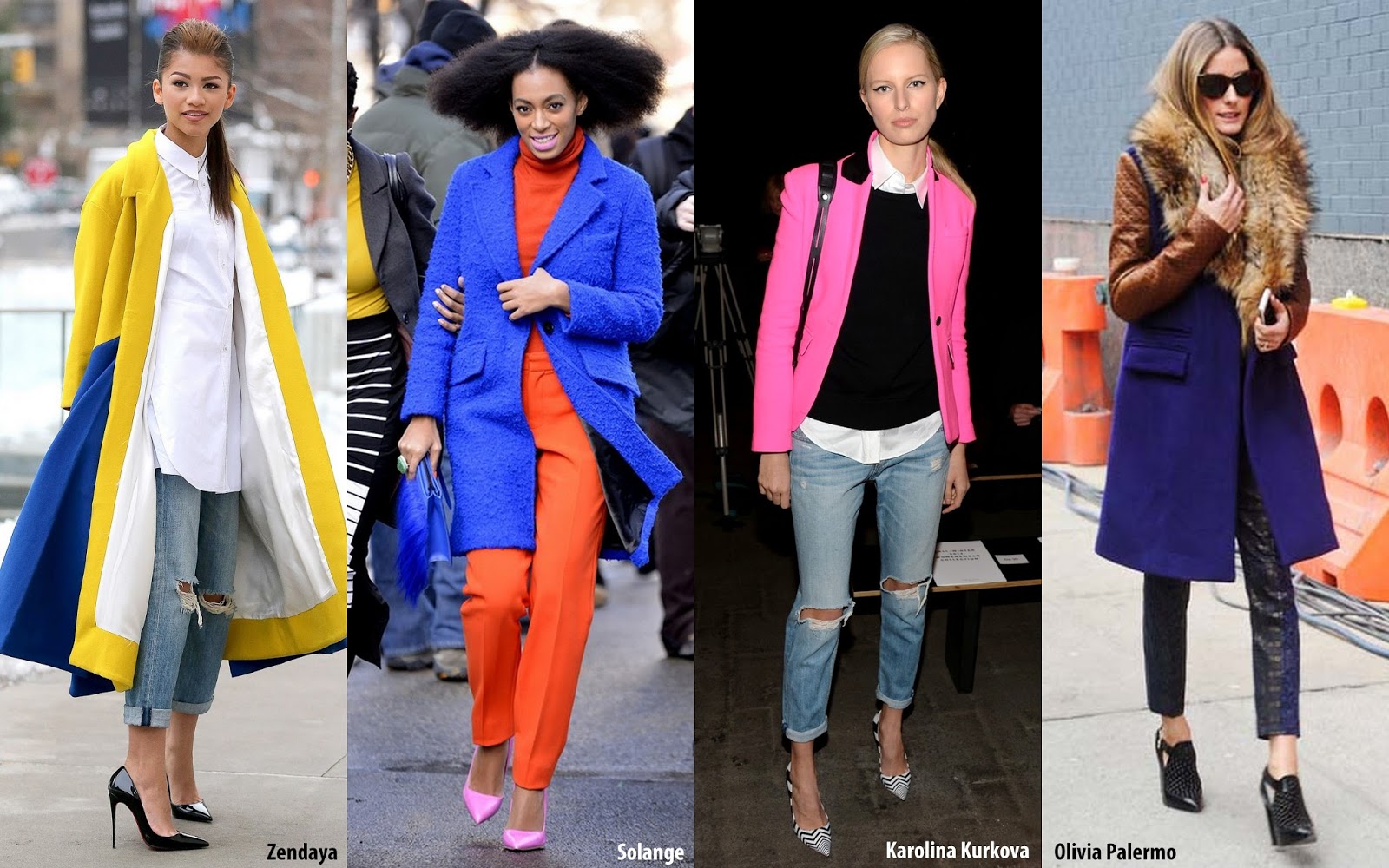 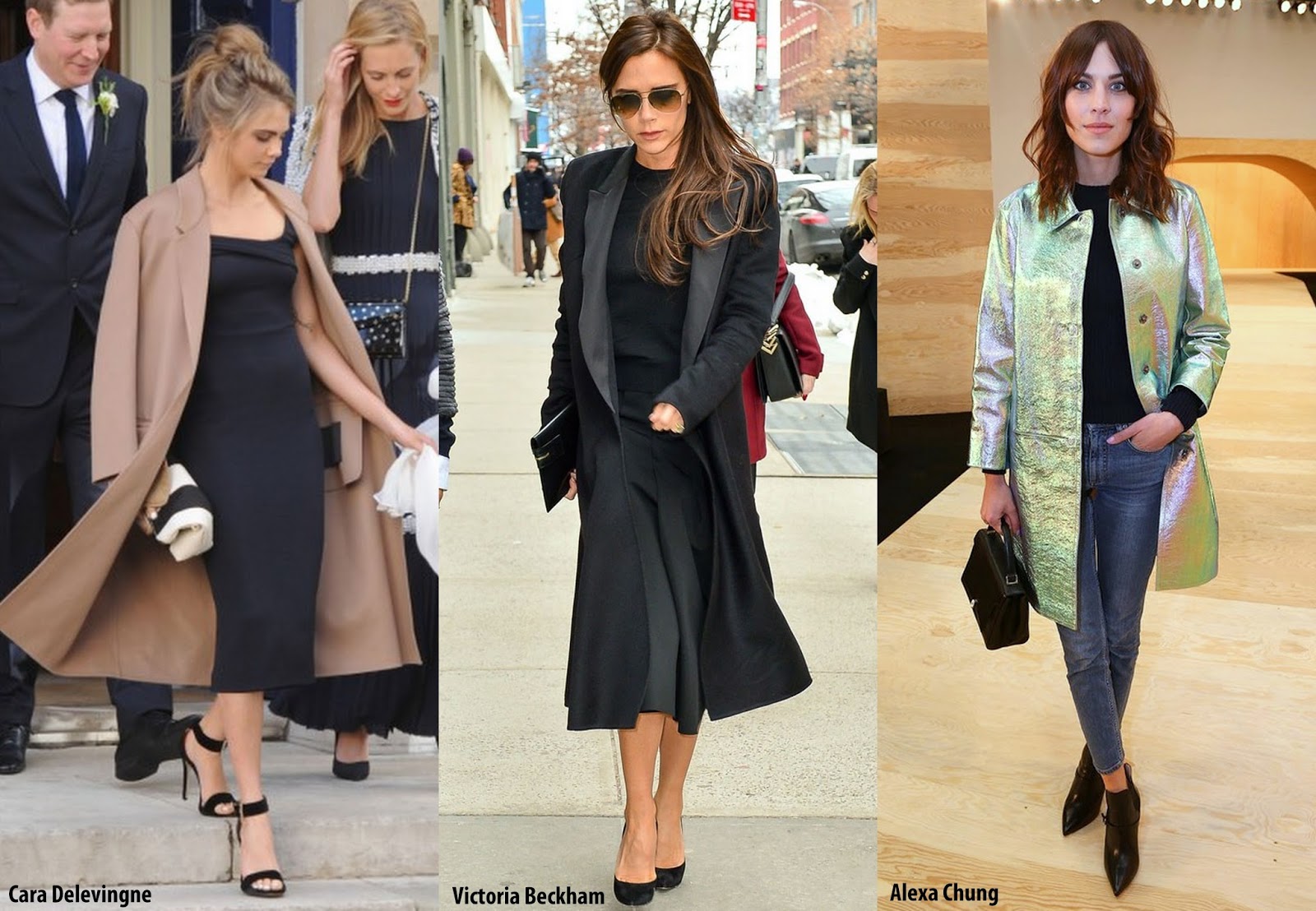 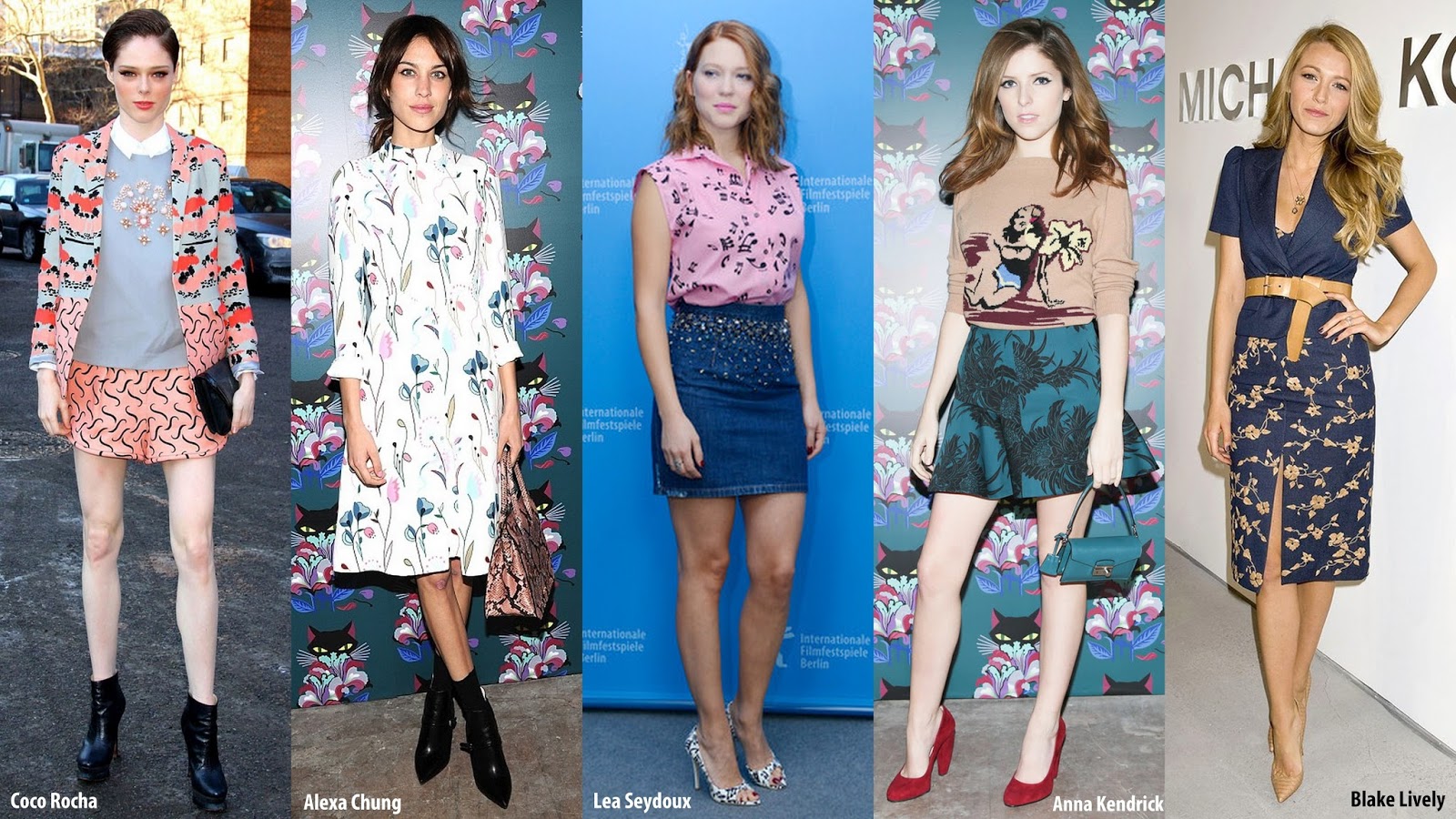 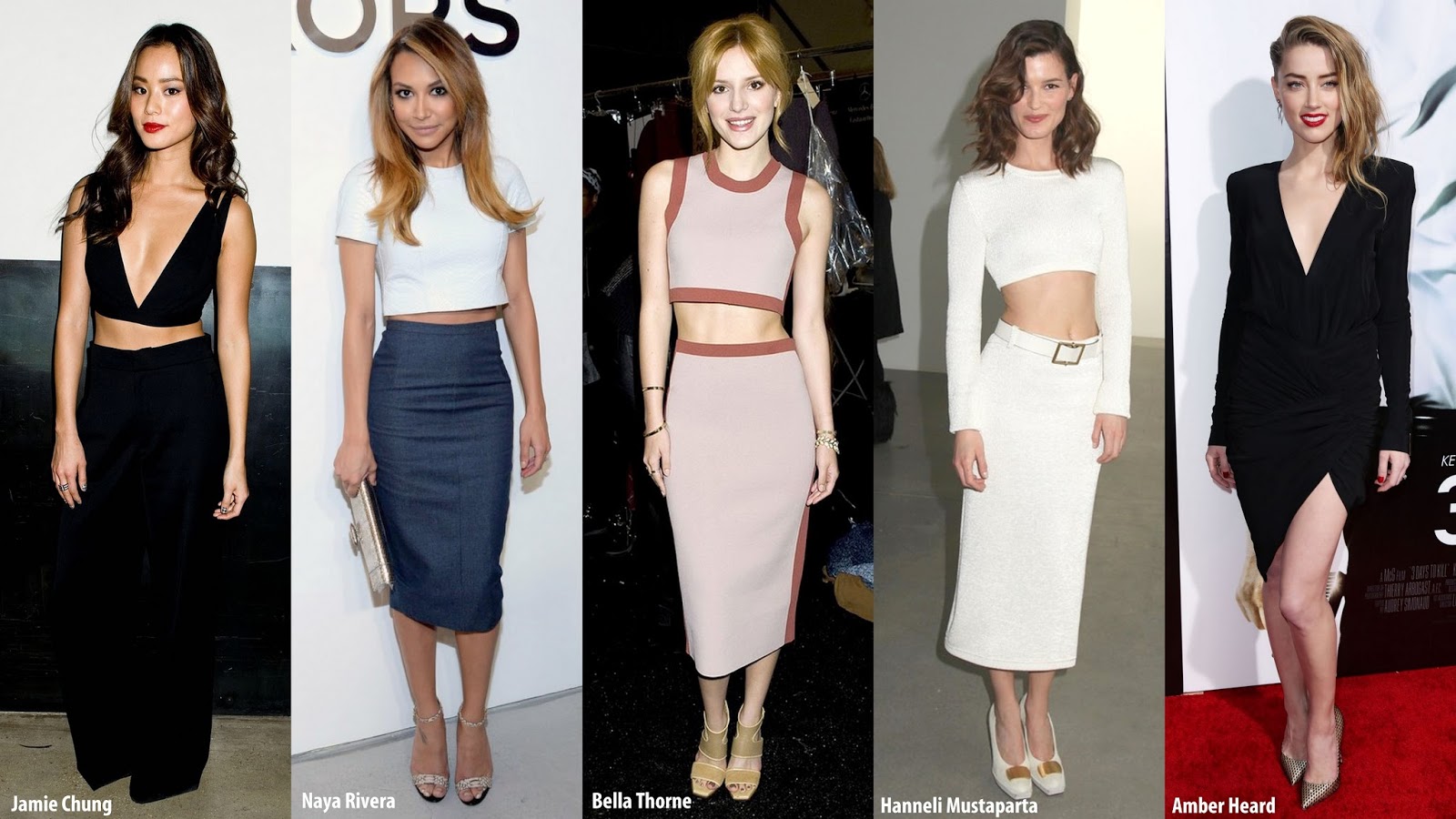 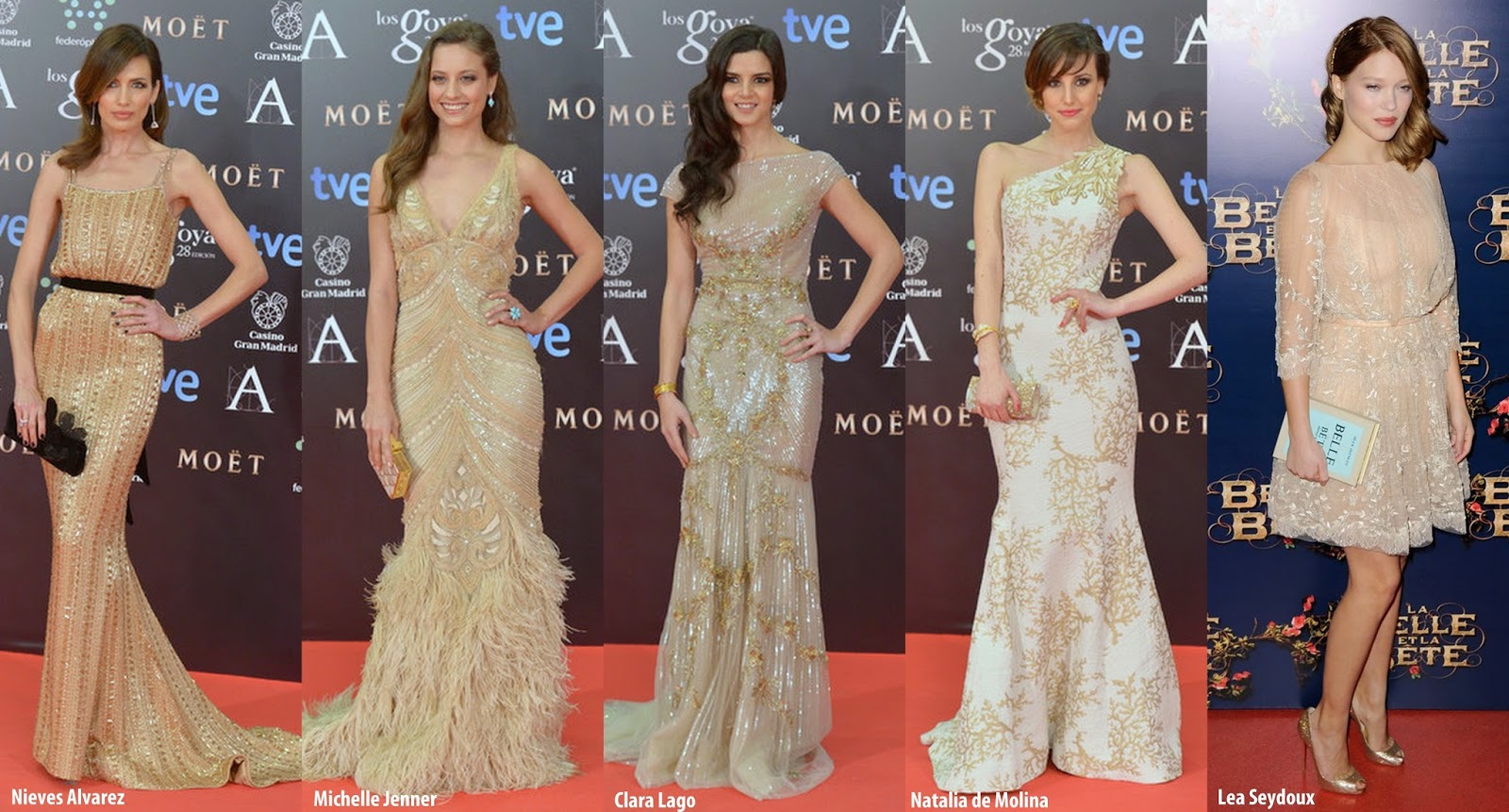 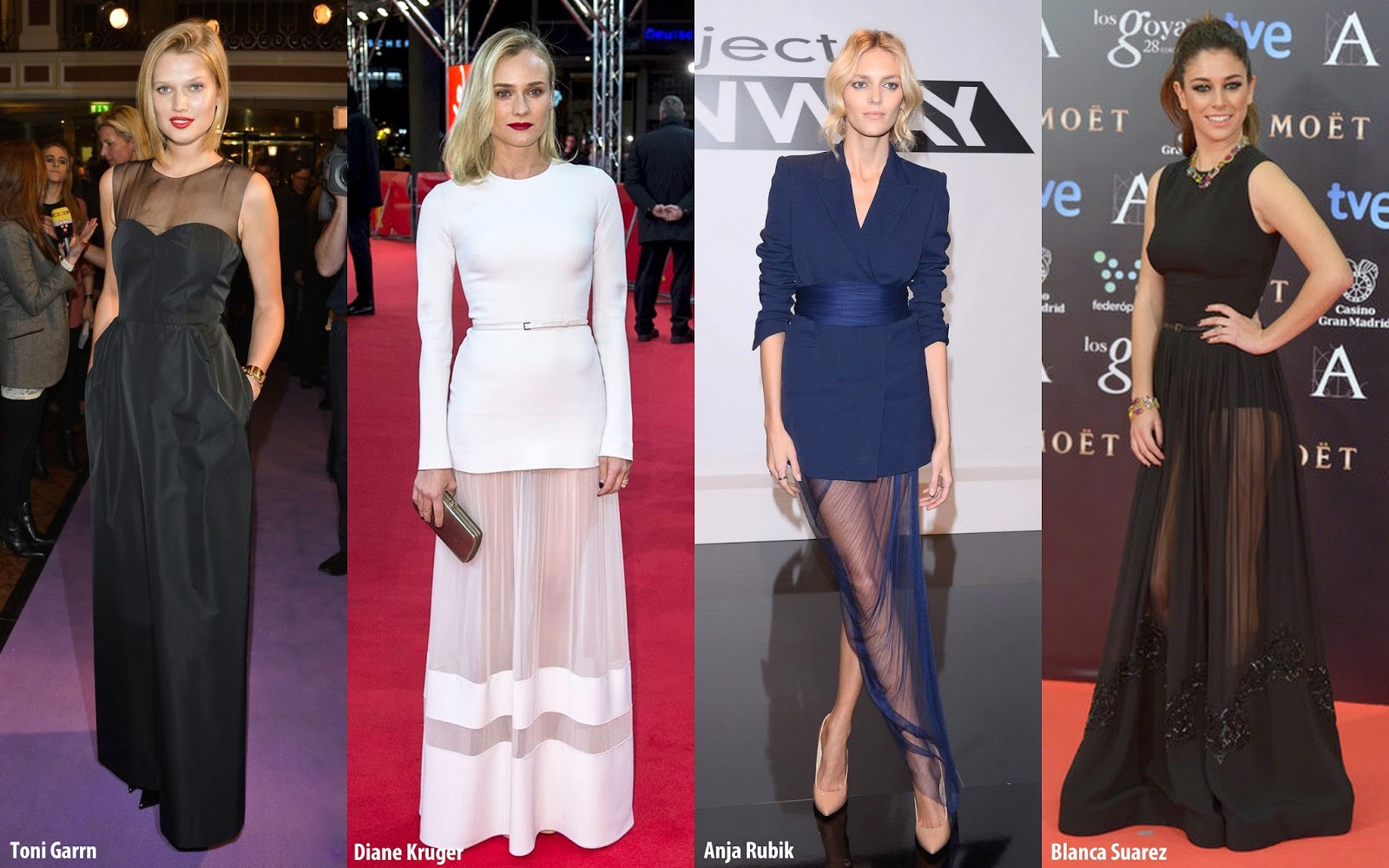 Who is your Favourite 'Look of the Week'?

Any post is so amazing!!!! The Sheer detail is my favorite! So adorable
Happy Valentines Day sweetie!
The Indian Savage Diary

Love all the outfits on Sheer detail, I'd love to wear Anja's dress, its perfect for fashion week. Have a great weekend Sam :)

love this ! everything above is just great ! such a cool outfits :))

OHHH yes to ALL off the sharp curves ahead and the golden girls!!! those two are definitely my favorites!!

So obsessed with Alexa's coat from the moment I saw it... Love these looks, I'm heading to lfw tomorrow so they're great inspiration! xx

They are all beautiful selections; my favorites looks are: NewYork Wrap and In Trenches.

I love the first set... these celebs are all so glamorouse in theirr colorfull coats!!!!!
Have a lovely weekend my dear Sam!!!

Diane Kruger's dress is just stunning! I love it!!
www.shygirlloudvoice.com

Prin it out look so perfect and pretty (:

A lot of pretty outfits!!

Beautiful. The celebrities are glamorous. Kisses!

Great looks, love Alexa Chung's trench, very stylish.
Speaking of Alexa Chung, I read her book "It" last fall, which, uhm, is not exactly a masterpiece, just a bunch of doodles and random stuff, but I really like her style, she's always well dressed and so poised.
How was your Valentine my dear? :)
Have yourself a fantastic weekend!
Xoxo,

I admire the Style of Victoria Beckham, Cara Delevigne and Alexa Chung. They look so elegant and classy. I hope you will have a wonderful weekend!

YES! The gold and the sheer! i love it! such a great line up.

The gold ones look stunning :)

Love Zendaya's miu miu coat! It's so vibrant and lively!

Hi Sam! I see you like Spanish girls . There are many in this post. They were amazing in the last Goya´s Award last sunday. I loved Cara Delevigne and Blake Lively in this sum up of the week. I wish you a lovely weekend:)

lot of great looks, cannot choose from them :)

I love Solange knowles’ look the most from the first set, then Victoria’s look from the second, Blake Lively’s from the third, Jamie Chung’s from the fourth set, Nieves Alvarez’s from the fifth, and finally Anja Rubik’s from the last set. These are my favorites from each set; some of them were a tough choice!! Have a great weekend Sam!!
Tany et La Mode

i love 1-2 selection, have a nice week-end my dear , kiss

Too many amazing looks here! Hope you had a great val's day.
effortlesslady.blogspot.ca

I love these looks, amazing selection Sam!!!
Have a nice day my dear, kiss!!!!!

Hi Sam! There are many beautiful looks this week, starting with the ones I like less which are from the set Sharp Curves Ahead (I dont like the cropped top though love the dress worn by Amber Heard). My favs are: Karolina Kurkova (love the combo of the neon blazer+jeans, to try in spring); Cara Delivingne (who is simply refined, love the camel coat); Lea Seydoux (her gown is just to die for, drooling over it!); Toni Garrn (so simple and yet effortlessly chic, really gorgeous); Diane Kruger (bold lips and white dress, fantastic match!). Have a wonderful weekend my dear, hugs! xo

The print looks are great, especially Coco Rochas print mix! The color combination in her outfit is gorgeous as well :)
xx

I like Blake Lively's ensemble the most. I couldn't see she was wearing a jacket. I thought it was a whole dress-- a fusion kimono style dress.

I think the print outfits look so good! I love all of them but I think I like Blake Livelys most. I am just a fan of chic outfits which do not look boring and Blakes outfit is exactly like that: Classy and chic but not boring :)
Enjoy your weekend!

In trench is my favorite selection.
Kisses

So many nice outfits. xa

Sam, Love this post- so inspiring, and so wonderful to see so much color. Mis Miu is my favorite here, both with the cobalt and yellow coat worn by Zendaya, and then again in that gorgeous floral curtain dress worn by Alexa Chung. I agree the edgy styling of that dress was the way to go!
Great post!
XX, Elle
http://mydailycostume.com/

I like the New York Wrap Girls, especially Karolina :)

I really like Cara Delevingne's outfit! That blush and black looks awesome.
http://www.averysweetblog.com/

WIsh I could be brave enough to rock a yellow coat like that! Karolina Kurkova's pink jacket is so stand out and fresh; I'm in love <3

Hope you had a wonderful Valentine's/weekend! xo

Aww, we love all these outfits!!!
Kisses
Francy&Stef
Chic With The Least
Also on Facebook , Bloglovin’ and What I Wear

All great picks but Zendaya's Miu Miu coat is so amazing! I want I want!

It's the print that catches my eye at the moment. So really unique prints and very classy looks. Love Blake Lively's outfit.

Hi Sam, This is a great roundup! I would wear the first group right away. Love how Cara Delevingne looks so elegant and feminine, very pretty look for a wedding. Naya Rivera is chaneling a Kim Kardashian vibe, just my opinion :)
The golden gowns are beautiful, and stunning ! gorgeous dresses!
Have a great day
xx!
- Elsey
http://whisperingstyle.blogspot.com/

The first two sets and Alexa's outfit from the third set are definitely my favourites. Did you watch Victoria Beckham's collection? There was a lot that I loved in there. Wishing you a wonderful week ahead Sam xoxox

love your looks of the week sweety! Olivia and Alexa are my winner!
happy sunday!

Sharp curves are my favourites!

my favorite is Rubik,very chic
I posted a new article, I'd love to know your opinion
would you like to pass from my blog?
tr3ndygirl.com
kiss

All this look is very very beautiful! Thank you for visiting my blog! Do you want to see my last post?
L'altra faccia delle scarpe da ginnastica

They look so pretty! My favorites Cara D., Olivia P. and Zendaya. Hope you are having a great Sunday Sam. Mine is pretty bad.

I really love these posts that you do - inspires me more to try different looks! thanks for the sweet valentines day comment <3
www.lettersimpromptu.blogspot.com

Such a lovely post! All shapes and colors on one place :)

Wow there is just something about gold color gown! These girls look absolutely stunning in them :)
And wow that Zendaya's coat is like breath of fresh air- I really like the vivid and youthful color of it!
Great roundup Sam! :)

nice post :)
thanx u <3
what about following each others? :)

Alexa Chung's trench is amazing ! I love her style :)

Love the sheer detail Dresses :)
What a great Post!

Have a great start of the week Sam xx :)

I like the golden gowns but my favourite look here is definitely Cara Delevingne - everything about her outfit is so elegant! I hope you enjoyed Valentine's Day and the weekend too, Sam.
http://missbbobochic.blogspot.co.uk/

At first I thought Cara looked so mature and really not herself, but since she went to a wedding looking like this, it makes sense.:) Those Nicholas Kirkwood heels Karolina has on are so cool!! But that yellow and blue Miu Miu coat's my favorite piece of the post, those two colors together are so refreshing!

I hope you enjoyed your weekend, dear.;)
xoxo

It's a coincidence I swear but I like all the ones with 'a': zendaya, olivia, naya, cara and Karolina! And of course also Diane Kruger, she looks amaaaazing!!! Good night sweetie!! xxxx

I love so much all the looks, specially the last set!! Diane and Blanca are the best!
xoxo
https://www.bloglovin.com/blog/4487669

I really like the girls from the first row :)
But Angeline looks amazing!

Somehow I missed this lovely post. I think Karolina and Olivia look amazing, and Clara Lago in that gold dress and vintage curls is just the picture of classy! Love it.

Hope your week is going well, my friend.
XO, Gina

There is just something about Coco Rocha that makes you want to be her friend. Her lovley personality always shows in her outfits and i like that. The "Wraps" is my favorite!

Love every look but Solange is my favourite!
Hope you are doing great hunny!

cara is my fave!

My favorites are Victoria Beckham. I love the black on black and I honestly don't think she can ever NOT look stylish! I also love Blake Lively's look. I love the navy on navy and I think there's just the right amount of sexiness mixed in with sophistication. I also think Jamie Chung looks amazing. So sexy and I love the red lips!

My favourite looks are worn by Victoria Beckham and Natalia de Molina.