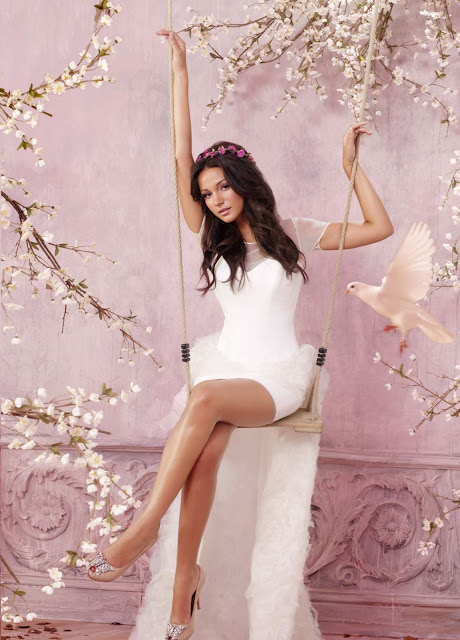 Don’t ever let people tell you that you aren’t good enough.
Because you are.

Don’t ever give up your dreams,
Because you need them.

Don’t ever compromise your morals ,
Because they make you who you are.

Don’t ever hide your feelings ,
Because someone’s willing to hear them.

Don’t ever think you’ve got it all figured out,
Because the next moment you won’t.

Don’t ever live your life in the past,
Because then you’ll miss out on the now.

Don’t ever let people bring you down ,
Because they don’t deserve to.

Don’t ever be someone you aren’t ,
Because then you’ll never know you who really are.

Don’t ever let someone tell you how you feel ,
Because it’s not their right to.

Don’t ever give up something that feels right ,
Because it probably is.

Don’t ever worry about the petty things,
Because they just don’t matter.

Don’t ever run away from your problems,
Because they always find you.

Don’t ever be afraid to take risks ,
Because they make life worth living.

Don’t ever let someone take away your happiness,
Because it was never theirs to take.

*I also want to bid a sad farewell to our late great President Nelson Mandela.
He changed the way the world saw our country and he brought freedom and light to a nation without hope.

Yes, I agree!!! I need the dreams!
Amazing words sweetheart, thank you for sharing
Kisses

Beautiful message dear, I love it!

Love these fantastic words and i'm totally agree with them.
Beautiful picture.

Have a nice friday, kisses

Thank you so much for your comment love! I really do appreciate it! :) I'm glad that you like the post! I appreciate you for saving it! :) Have a great Friday and weekend love! :)

What a beautiful and amazing Friday Frill love! Always so inspiring! I love it all! From the top to the bottom.

I just want to say Rest In Peace to Nelson Mandela as I'm aware that you are from/in South Africa. I just added that to my post after I heard about it. He was a great man. I hope you feel the same way!

beautiful wise and positive words ... thank you for sharing. in my opinion these words can be very soothing for people who are down or have a low self confidence. or just to remember that one is worth something

Love this one, Sam:) Wishing you a good weekend ahead.

PS So sad to hear about Nelson Mandela:(

What a lovely post - thank you for the inspiration!

Wow! Thanks for sharing this inspirational post. Your blog is awesome <3
Kisses from Argentina

Sam,
What lovely and inspiring thoughts, I do love the opening pic, to, that sets the mood.
That you for mentioning president Mandela , it is a loss...

Don't miss the Friday post or else you will miss a good read on this sweet blog:) Have a lovely weekend Sam!

Thank you for the inspirational post! And also respect to our late Nelson Mandela.

beautiful post! thx for sharing
have a lovely day!
S

% % % SALES have started at http://www.sugarlanedesign.com/

Hi dear Sam, Please believe me, I really appreciated your Friday Frill and love to read them. They are beautifully and so truth of our life living human sense being. Also thanks for mentioned of Mr. Mandela's, RIP.

Thank you so much for always kindly dropping by sweetheart. Wish you a really happy weekend! Speak soon!!!

lovely post ! thanks for cheering my up my dear :) love your friday frill !!! xx
www.ambifashion.com

Lovely post...following u via GFC now :)

I love your Friday frills!
Have a great weekend!

Dear Sam, I am so sorry about the sad news. Tears burn my eyes when I think what person we all just lost. Nelson Mandela was not only a greatest man, he's not only changed the whole country he's changed the world and people. he was the biggest inspiration and still is. As Obama said: he doesn't belong to us any more, but he belongs to ages. Let him rest in peace!

Hi dear, it's alwasy a joy to read your inspirational Friday posts. I heard teh news of Mandela, what a great man. I am so happy to share my birthday date with him. :-) Happy Friday!

have a great day my dear <3 kisses

Very inspiring and true post I like don't ever be someone you aren't well done my friend. Have an awesome weekend.
http://tifi11.blogspot.com

I live to much in the past. I know it's so wrong and I miss the beauty of the now. Thanks for these awesome words Sam. I also want to say R.I.P. Nelson Mandela. He was a great man. Everyone all over the world loved and respected him.

Really amazing post you have here good choice of words and all (: inspiring. x

Morning Sam, first of all I'm so sorry for His death, he was a beautiful person and for sure the whole world will feel his absence, he really change it, we have another angel in paradise. Love your words, is actually what I need to read. We are human and so we are weak, is easy to be influenced by people or facts, often we give up our dreams or let people drag us down, we have our own head and are able to follow only what we believe is right or now. Also take some risk, because only in this way make things happens. Happy Friday my dear, big hugs! xo

Amazing post to wake up to. I love your words.
Have a wonderful day.
xoxo
Beautetude

Love and hope you have a good weekend, Sam! :)
xx Easy Outfits, by Pip

Amazing post Sam!! Hope you have a wonderful weekend!

This is such a great post and reminder. Perfect way to end the week.

Thank you for post of encouragement and I pray Mandela's family will find comfort in this period of their loss.
Have a relaxing weekend sweetie and kisses from Munich!

It's a sad day for humanity indeed. he was such a beautiful soul. Beautiful words, as always, Sam.

Great words, great post! I heard the news of Mandela, he was a great man
Have a good weekend!
http://rueoh.blogspot.it

Farewell to Mandela. He will be forever remembered. This post is so inspiring. Thank you for it.

Lovely and inspirational words. Rest in peace Nelson Mandela! What a great man!

Nelson Mandela was an extraordinary man. He exemplified these things.
http://www.averysweetblog.com/

Lovely thoughts and thank for your words about Nelson Mandela, he was one of my heroes, as he was for millions of other people. Wishing you a wonderful weekend!

I love the advice to never give up on something that feels right. Sometimes you have to take a leap of faith!

Just wanted to stop by and wish you a very happy Friday and a fun weekend ahead!

Dear Sam, I thought so much of you yesterday because of Mandela. We were all very sad, but at the same time, he had a life that made a difference to the whole world. So my thoughts are with his family, the South African people and actually, everybody who really feel how important he is for the whole world.
On a personal note here, I want to apologize because I think I wrote too much and maybe, as I always tell you, I need to be inspired and not feeling down, I think I went through things that were part of my childhood and then they are here today - never let anybody tell you that you are not good enough, because you are. Wow, that was really "for me". I was told I was brilliant, but then always compared to everybody and had to surpass everyone, but that was so not me! I'm not competitive and when I had the chance to be who I am - not that brilliant at all, but much better - I did it! Your Friday Frills always trigger so much! I love them! denisesplanet com

Hi Sam dear, a wonderful post full of encouraging words worth remembering! I am truly saddened by the death of Nelson Mandela, a beautiful, strong and inspiring man to all! And I believe his work of love and peace will continue in other ways :)

Take care and have a lovely weekend,
Daniella xox

What a beautiful message! Very inspiring! <3

If you love New York, you can't miss my latest video post! Stop by my blog if you which! ;)

Dear Sam, this message was one of the most beautiful, touching, truthful and awesome I've ever read. I will save it in my message file to read often. We all need to remind ourselves what this message says. Thank you very much for sharing such a wonderful and inspiring message. Have a lovely weekend!
Love,
Lu

Great words of inspiration Sam. A sincere condolence for the death of Nelson Mandela, he's such a great man and will be long remembered by all of us. Enjoy your weekend doll :))

Wonderful reminders Sam. So sorry about the death of President Nelson Mandela. He was truly an inspiration, a courageous and brave man that loves your country very much.

Beautiful words; Nelson Mandela was indeed an inspiration to all and he'll forever be remembered..

Why Girls Are Weird said...

Such a beautiful entry! they all rocked their looks!
Kisses from Miami,
Borka
www.chicfashionworld.com