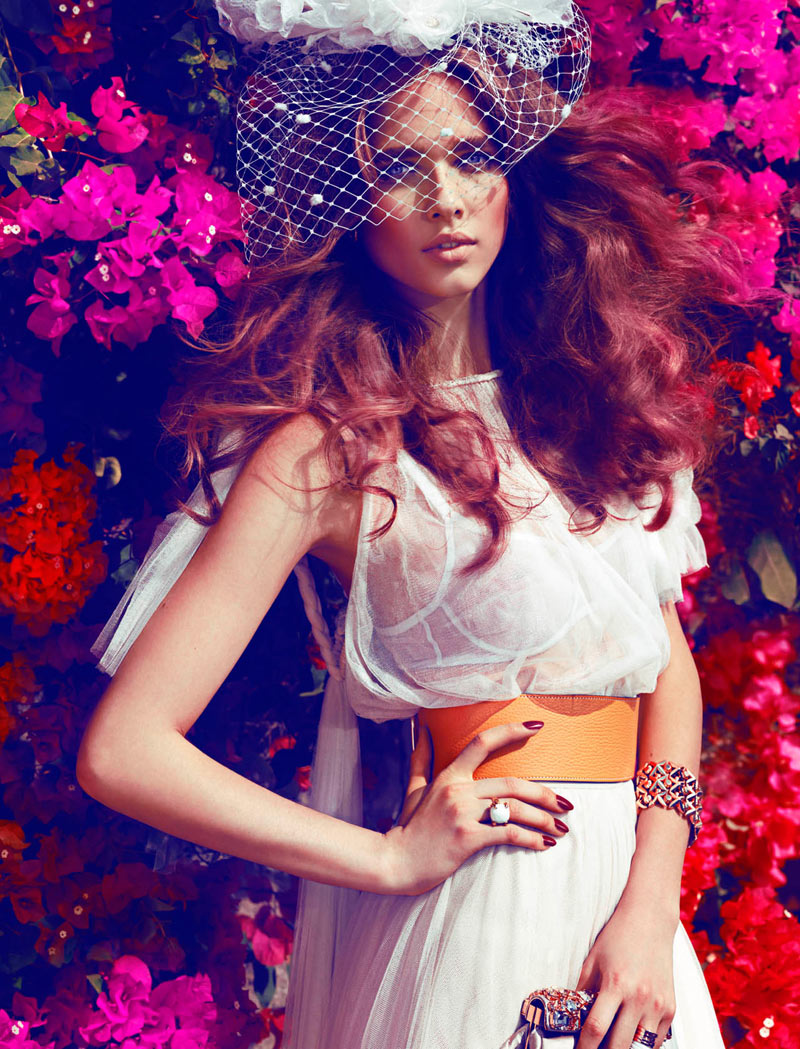 No one needs to be a certain size, or a certain weight, to be beautiful.
Beauty simply isn't about that. Not to sound cliche, but beauty is totally in the eye of the beholder, and highly subjective. You could be totally unappealing to one person, but to another you could be a dream. So it's not really about trying to fit into some imaginary model of what you think beauty is supposed to be. It's about doing your best to be as healthy, happy, and confident as you can be, and loving yourself whatever the outcome.

So true. We have to love and accept ourselves first. We also have to appreciate the beauty in everything.

i love this. something i struggle with on the daily. learning to love thy self!!

That's very true about beauty being in the eye of the beholder. Healthy, happy and confident - that's great advice too. Have a good weekend!

I love that quote, it is so true!! This needs to be posted somewhere for everyone to read!!
www.amemoryofus.blogspot.com

I totally agree with you! so true!

aww this is beautiful and 100% true!
It is so true because beauty is in the eye of the beholder and I actually am starting to believe it now!
http://www.mybrokeneggshells.com

This photo makes me miss summer even more :) Happy Friday to you too :)

Thank you for sharing this lovely quote with us, Sam!
Have a nice weekend!
Oriana

Very inspiring quote and very true :)
Sometimes I think "oh this is what's beautiful, this is what people are looking for", but I have to remind myself that everyone is unique and we all have different preferences and ideas on beauty and we should embrace it :)

What a great great quote <3

Beautiful post Sam! My son was just telling me today that I'm like a princess and while I was in my pajamas all day long, he made me feel so pretty! Have a great weekend sweetie!

I totally agree with these wise words.
xoxoxo

Life is all about perspectives. You see what you choose to see and true beauty is in the mind, words, and actions. I love this post Sam, thanks for sharing and many thanks for your insight!!. Happy Friday hun xx

Yes, you are certainly right about loving one's self first of all rather than being concerned about others' perception. A positive attitude conquers every ill.

i agree!!!! everyone is beautiful! :D

Love this: "It's about doing your best to be as healthy, happy, and confident as you can be"

Have a great weekend, Sam!

couldn't agree with you more on this :)

Beauty is a lifestyle too
Nice post
kss
http://tupersonalshopperviajero.blogspot.com.es/

Love the dreamy outfit added Sam. Beauty person is always tend to see beauty in others as well. Confident is one of the best that we all should keep on going! Wish you a lovely Friday day darling.

That is so true and beautiful Sam! So many women torture themselves and they're already beautiful.
http://www.averysweetblog.com/

That is soo true!

Great words and so beautiful picture!
Have a great weekend:)

I agree a 100%. Its time to stop beating ourselves for not being perfectly thin. It took some time but I completely embrace my unique beauty now. Its about being happy inside.

It's so hard to accept yourself, flaws and all, when faced with so much pressure to reach a certain standard of beauty. I needed this reminder today, thank you so much Sam <3

True Sam! Have a lovely weekend

Thank for stopping by. Thank for your kind words as always Sam.

Totally agree. We're always too hard on ourselves when it comes to our body.

it's allways nice to hear it. Now I'm happy and confident!
Thanks

So true... Beauty is state of mind not a physical appearance... thanks for bringing it up!

Everybody is imperfect, yet he/she is beautiful just the way it is <3

I agree very well said you should always be yourself. Thanks for the sweet comment on my post.
http://tifi11.blogspot.com

I entirely agree with you and the text Sam. There is beauty in everything and everyone.
xx/M :)

Morning Sam, cannot be more agreed too! Even though, is always easier with words than with facts. Nowadays with are so "bombarded" with beauty, perfection from media and the fashion is in part guilty to creat imaginay examples which in reality not exist (thanks to photoshop). Btw, I think women (and men) just must follow a healthy lifestyle and be more confident; happiest people are always the most beautiful. Happy Friday dear, kisses! xo

Happy Friday Sam. The quote is so true and lovely! I could work on the healthy part for sure!! I had so much trouble with an insurance company that I didn't even do my yoga and eat super unhealthy stuff too!

Have a Great Weekend,

This is so true - we need to be happy and confident and love ourselves first!

So true, beautiy is beyond size and weight..
Keep in touch
www.beingbeautifulandpretty.com

If you have the right attitude then and beauty comes from within!

That is so true my dear! Nice post lovely Sam!!
Have a great week end :)

This quote is so true, and something we should all think about.

So true!
Have a nice Friday!

love that! loving myself has been a goal i've worked hard on this year

Love that the picture are so amazing :)

What a gorgeous quote {and picture}!

Beautiful! This is the perfect quote for me at the moment :) xx

agree with you my dear!
happy friday

Great quote. The beauty is in our attitudes. Kisses!

What a healthy outlook on beauty! Thanks for sharing these wonderfully inspiring words. Have a lovely weekend Sam!

Love your quotes every friday!
Have a lovely weekend!

I've really been enjoying your Friday posts. Pretty picture and great words to live by. You are your own greatest critic!

what a beautiful picture :D

Agreed. Thanks for sharing this quote with us. Have a happy Friday and weekend!

That is so true! And very inspiring too :)

It's about being proud of yourself :)

Wise words, Sam! You couldn´t have better expressed. Beauty is on the eyes of those who see. I wish you a great weekend!!Kisses:)

It's so true!!!!!
Wonderful post my sweet Sam.
Have a sweet weekend
Kisses
The Indian Savage Diary

True!!!
How i miss your Friday Frills when I was away. Pic is spring perfect!

Wonderful words; I do love these posts Sam- the perfect start to any weekend <3

Completely true too, I think we worry too much about what society/media want us/expect us to be like but maybe we should start loving ourselves for who we are, not what anyone else wants!

Such a great quote, I agree completely.

That's what I love the most about beauty,its subjective. Great post.

Oh, dear Sam, I agree absolutely to your words! And as usual we decide how we are and how we live. Everything is only in our responsibility and our own hands. But I'm convinced you live regarding this aspects <3

Beautiful quotes and so true!!!

this is so true <3
http://coeursdefoxes.blogspot.com/
♥

that'sw true and I totally agree with you!
xoxo
http://www.milanotime.net

This quote is so spot on! Obsessed!!
xo TJ

Amazing quote and definitely true! Love how inspiring all of your Friday quotes are, a perfect way to start the weekend.x Have a lovely weekend dear.x
xxxx
Stephanie
vidathings.blogspot.co.uk

Totally true, as long as you love yourself, nothing matters. Happy Friday, Sam!
www.minsbeautyequipment.com

Confidence is the key to everything!

Oh, Sam, I'm so agree with you, it could be also my words too!!!!! THanx by the way for commenting on my new photo blog! Kisses, Xenia

I am totally agree with your words. Beautiful picture too :)

Amazing Friday Frill love! As always! I love it! :)

It's not easy to follow these words, but I try to remember them :)

And I love your header! I have only seen it now and I really like it!