The Royal Wedding of
Prince Albert and Charlene Wittstock

South African Olympic swimmer, Charlene Wittstock got her fairytale ending, in a lavish wedding to Monaco's Prince Albert. The small French principality hosted two wedding ceremonies for the royal couple, costing an estimated $65 million. There was a live televised civil ceremony on Friday and a religious one held today at the Princes Palace. South African flags lined the streets, in support of the beautiful blonde bride. 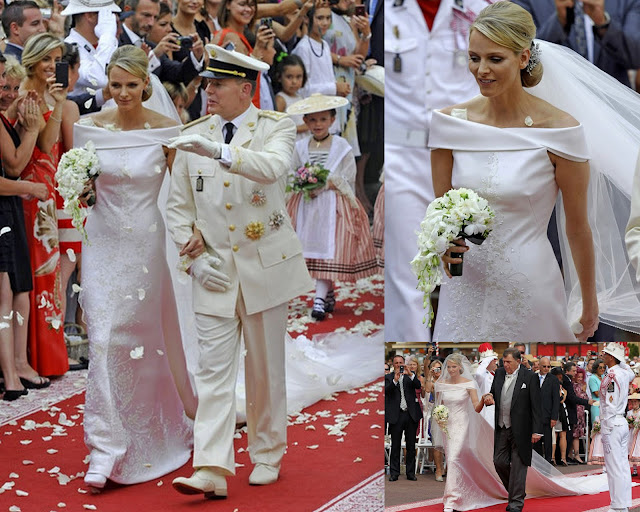 Princess Charlene wore an elegant off-the-shoulder gown made by Italian designer, Giorgio Armani. Although the gown may seem simple, it sparkled with 40 000 Swarovski crystals, 30 000 gold stones, 2000 pearl drops and platinum coated thread. The intricate beadwork formed a floral design along the front of the dress, with a sweeping train that followed. It was made of 88 yards of creamy white silk. I liked Charlene's hair, which was pulled back in a low bun and embellished with a diamond head piece and long veil. She looked poised and graceful. 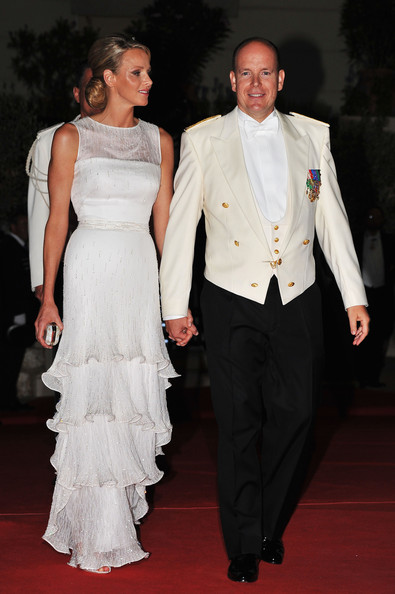 The bridal couple changed for a 450-guest dinner after the ceremony. Charlene wore a sheer white beaded dress, with floaty tiered skirt, also by Armani Privé.
Posted by Sam