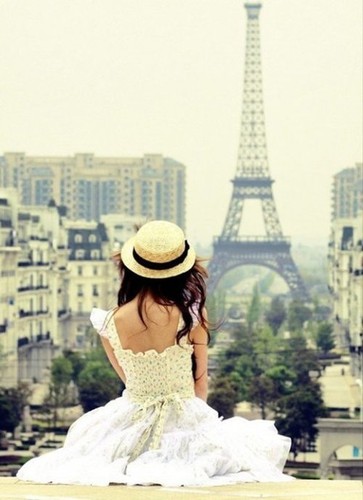 those are really beautiful words!

Hey, Sam!!
I was about to leave a comment on that perfect picture, until I read that moving piece of poetry. Those words really touched my soul, for I'm through an special moment myself. So, thanks a lot for sharing it, sweetie!!
Hope you're having a wonderful time!
XOXO, María José
http://www.nuarbarcat.blogspot.com/

OH mine!!
Lovely words dear and thanks for sharing
xxxx

Dominika | Into the Bloom said...

Such wonderful and inspiring words, they definitely made me feel better about myself and my fears.

OMG! I am IN LOVE with this post! This is SO BEAUTIFUL and simply moving! I looked at it for the cute picture but I'm so glad that I read it. I LOVE poetry and I LOVE this poem! This is SO INSPIRING! Thanks for posting this hun! :)
LB
x0x0x0x

So well written. Hope this year is full of good things for you and me!

That photo is so beautiful
xo Jac

That is absolutely beautiful, Sam! Those words are so moving and true!

great words.. I needed to hear this. Thank you. xoxo Marie

There could be no better words to start a weekend, Sam! Just lovely..

lovely post! Picture is beautiful, but those lirycs are even more beautiful...thanks for shearing...:)

A beautiful and inspiring post - thank you for sharing this Sam! :-)

My darling thank u so much for those inspirational words!!! Great way to start a day!!!!:)
kisses & hugs

Great words, dear!
And that picture is so cute! <3

what an inspirational post. and the photo is just beautiful.
have a Cupcake sweet weekend!
http://gonchagoncha.blogspot.com/

I am so glad your server is working again! I was so much waiting for it!
As usual, your words are really the best! They really make a difference, because they make us think of our inner "fears" and dreams, and expectations - that in fact, I am getting to understand it's better not to have, so we don't get disappointed...
For me, the best line is: I feared hate, until I realized that it was nothing more than ignorance.
You are so right! Not only hate, but so many other things are just ignorance... but in our way to inner "wisdom" - without trying to preach, it's just our growth - we learn how to forgive ignorance and many other things...
Believe it or not, after your comment I started thinking of going to SA next year for our birthdays!!!!! That was a brilliant idea, I will try to accomplish the deal!!!! :)

Have a lovely friday! <3

Beautiful shot and very inspiring words to start the weekend with a new outlook. Have a great one Sam!

If any person has learnt a lot in a life time it is you my friend! but the best part is that you have sprung back, kick ass and know how to chow down devine Nutty Cake(hahaha)... so your hardships have not blinded you from the little pleasures in life...instead you ROCK ON!

mwah and to all you awesome followers have a fab weekend! I know I will pizza here I come....

i love it!!! we don't need fear :) that's something i need to remember each time i don't want to do something because i may regret it.. NO MORE!!!

hope you have a wonderful weekend!

Incredible,strong and uplifting words! These are very true words! My dear thank you for this post :)

Inspiring post. Btw, nice and comfy blog:) I love to read your blogggggggg<3

This is such a touching poem Sam! So inspiring!

This is really inspiring, loved it. :)

Have a great weekend!

So beautiful and wise!

I really really needed this. Thank you!
Much love, Bailey from Vanilla Blonde

Heya Sam, just came across your blog, and have to say its sweet!
Following you sweets
xoxo from India

What can i say ! i loveeee this, i really need :)
Inspiring, wonderfull

That picture is so damn beautiful, love Paris, I want to go right now!!!!
xoxo

I love poems! This one truly touched me. Beautiful and so true. It mentions things that I'm struggling with and trying to change. Very inspirational. Thank you x

Wow. Really, really beautiful! More people should read this and find strength in it!

admitting fears allows you to overcome them!

thats a really great poem, it is soul touching :)